Dodd-Frank Whistleblower: Is Hearsay Eligible for a Reward? 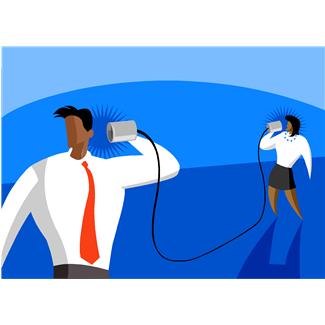 Dodd-Frank whistleblowers often ask whether secondhand information, which some people refer to loosely as hearsay, is eligible for a reward under the Dodd-Frank program. The short answer is yes. The next question is whether secondhand information or hearsay is sufficient to obtain a reward. And the answer to this question is that it depends upon the facts. The best way to understand the difference between powerful hearsay information and a mere rumor with little value is to review a couple of examples.

As background, international FCPA whistleblowers are eligible for large rewards for reporting corporate bribery under the Dodd-Frank reward program. In example one, assume ABC Company’s Country Manager for Nigeria tells ABC’s Sales Manager to give $50,000 in cash to a government procurement officer named Iam Korrupt in order to win a $25 million tender that will be awarded next month. During the discussion, ABC’s Country Manager tells the Sales Manager that Iam Korrupt expects the funds to be delivered to his hotel room at the Bribery Inn within 48 hours. This conversation is witnessed by the Country Manager’s Executive Assistant Ms. Eavesdrop. Ms. Eavesdrop would be a direct witness to the conversation and have very strong firsthand evidence. But what if Ms. Eavesdrop goes to lunch the next day with another personal assistant named Ms. Whistleblower and tells Ms. Whistleblower all the details about the conversation she witnessed. In this case, Ms. Whistleblower would have secondhand information (or hearsay). Depending upon the credibility of Ms. Eavesdrop, this could be sufficient to submit as a tip to the SEC under the Dodd-Frank reward program and if proved to be true could justify a reward. This tip is strong is because it is very detailed.

In example two, assume Ms. Eavesdrop tells Ms. Whistleblower that she heard Country Manager and Sales Manager discussing the possibility of a paying a bribe to someone to win a future deal. This would be a much weaker case because the level of detail is lacking. In this example, Ms. Whistleblower does not know the following: (1) the name of the person receiving the bribe; (2) whether the person being bribed is a government official; (3) the amount of the tender; (4) when the tender is going to take place; (5) the amount of the bribe; or (6) how the bribe is to be provided. With all of these missing details, it is likely this information – without anything else – would not be sufficient to obtain a reward. Now, if Ms. Whistleblower can find another way to obtain some of these missing details, then her case becomes much stronger.

If someone has secondhand information about corporate bribery connected to an SEC-regulated company and would like to discuss whether the information is strong enough to submit, please feel free to contact me at arickman@rickmanlegal.com for a free consultation. For more information and details about how the reward program applies to FCPA whistleblowers, please click here.