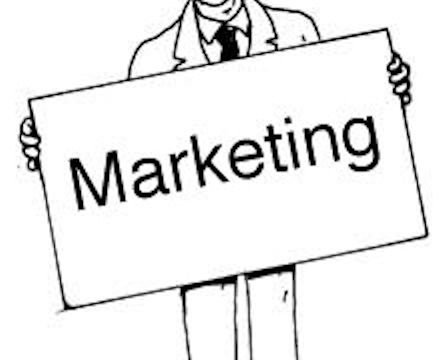 International marketing and communications personnel at all levels of qualifying companies now have a great opportunity to earn huge rewards for confidentially reporting bribery at their current jobs (or even their former jobs) to the U.S. Securities and Exchange Commission. The Dodd-Frank reward program covers corporate violations of the U.S. Foreign Corrupt Practices Act (FCPA). International whistleblowers who provide information about corporate bribery of foreign government officials can receive large rewards. The SEC has already paid more than $150 million to whistleblowers. This post will discuss how current and former marketing and communications personnel working in foreign countries may have reward eligible information relating to bribery.

International marketing and communications personnel understand the details of their budgets and attempt to maximize their effectiveness in generating business for their companies. As a result, they often have knowledge if government decision makers are benefiting either directly or indirectly from their events. Anyone working in marketing or communications who has information relating to a government official personally benefiting as a result of the company’s marketing should feel free to email me at arickman@rickmanlegal.com.

By way of example, one person reported that her company hosted a marketing event in France where the company’s marketing team demonstrated how the company’s new software worked. The event was held at a resort and spa, and all attendees’ expenses were paid by the company. Three of the individuals who attended were government officials from another country who were the decision makers as to whether the company’s software would be purchased on an upcoming tender worth millions of dollars, which the company later won. Anyone with this type of information should feel free to contact me.

Marketing and communications personnel will sometimes report issues with loyalty programs where customer decision makers can receive gifts or prizes if they accumulate enough points. These type of loyalty programs can be problematic if government officials are benefiting from the programs. Any information relating to these type of programs can be valuable depending upon who is benefiting.

In the healthcare sector, companies will often sponsor doctors, including government doctors or doctors who work at government hospitals, for international trips. In the vast majority of cases, there is an expectation that the doctor will either prescribe the company’s drugs or will place the company’s products on his hospital’s formulary list. Depending upon the specific facts, this type of information also can be valuable.

Marketing and communications representatives and managers may become aware of travel and entertainment expenditures being used as a means to bribe decision makers to obtain business for their companies. Below are a few examples:

Like the examples noted above, marketing and communications personnel often have knowledge about the misuse of travel and entertainment expenditures to improperly influence decision makers to obtain business. This information can be very valuable. I have had cases where lower level employees have been engaged in bribing decision makers via travel and entertainment and reported their companies because their supervisors had either directed them to do so or had approved of the scheme. Even if marketing personnel were involved in the scheme, their information could still be eligible as long as they were not the mastermind behind the scheme. If anyone is aware of or suspects that a company’s travel and entertainment budget is being used to improperly influence decision makers, then he or she should feel free to contact me. Marketing and communications personnel often are aware if the company is using suspicious consultants, agents, and intermediaries in an attempt to obtain business, including government deals and contracts. The use of suspicious third parties to obtain deals is highly indicative of potential bribery and wrongdoing and could be very valuable information. In one case, an employee knew that the company had approved a brand new reseller just days prior to a huge government tender being awarded and that suspicious reseller just happened to win the multi-million dollar tender. The new reseller had been created by relatives of one of the government decision makers and the tender had been rigged for the new reseller to win. So if anyone is aware of a reseller, distributor, vendor, supplier, consultant, agent, or intermediary of any type doing something suspicious in connection with winning a contract, bid, tender, or deal, then this can be very valuable information.

If anyone is aware of a decision maker being given anything of value from the company or any company agent or intermediary, then this also could be very important information. Oftentimes additional commissions or rebates paid to agents in connection with government deals are indicative of corrupt payments and deals. If anyone has this type of information (at their current jobs or even a former job), he or she should feel free to contact me.

Marketing and communications personnel should review closely all expenditures on gifts and donations with particular emphasis on all gifts and donations that either were requested by government officials or were going to benefit officials. If someone has information relating to corporate gifts and donations being misused (at their current jobs or even a former job), he or she should feel free to contact me. Marketing and communications personnel often have knowledge of people obtaining cash from the petty cash custodian in order to facilitate business. If someone has knowledge of anyone giving cash to government officials for any reason (at their current jobs or even a former job), this could be valuable information. Oftentimes there may be large or frequent cash advances or withdraws by employees that may be suspicious and indicative of bribery or fraud. If anyone has this type of information, he or she should feel free to contact me. For more information and details about how the reward program applies to FCPA whistleblowers, please click here.